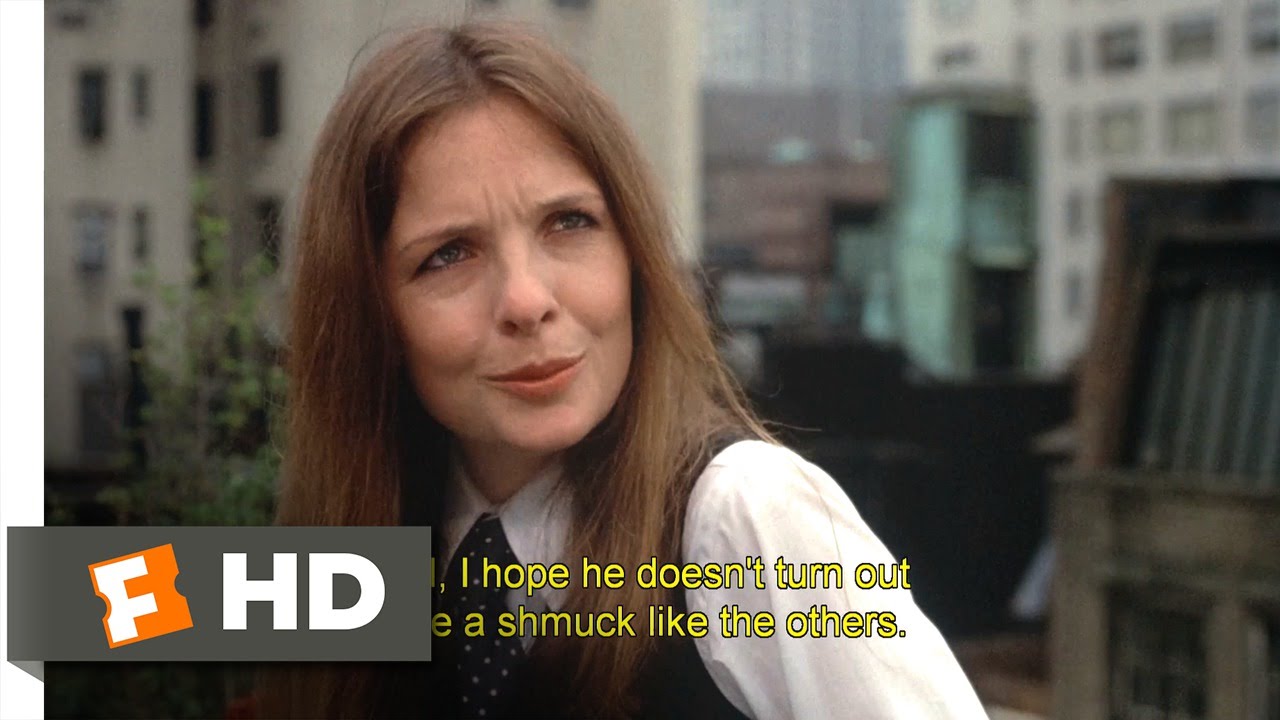 CLIP DESCRIPTION:
Alvy (Woody Allen) awkwardly gets to know Annie (Diane Keaton) on her apartment balcony, as their true thoughts are revealed by subtitles.

FILM DESCRIPTION:
Woody Allen’s romantic comedy of the Me Decade follows the up and down relationship of two mismatched New York neurotics. Jewish comedy writer Alvy Singer (Allen) ponders the modern quest for love and his past romance with tightly-wound WASP singer Annie Hall (Diane Keaton, ne Diane Hall). The twice-divorced Alvy knows that it’s not easy to find a mate when the options include pretentious New York intellectuals and lifestyle-obsessed Rolling Stone writers, but la-di-dah-ing Annie seems different. Along the rocky road of their coupling, Allen/Alvy weigh in on such topics as endless therapy, movies vs. TV, the absurdity of dating rituals, anti-Semitism, drugs, and, in one of the best set pieces, repressed Midwestern WASP insanity vs. crazy Brooklyn Jewish boisterousness. Annie wants to move to Los Angeles to find that fame that finally does in the relationship — but not before Alvy gets in a few digs at vacuous, mantra-fixated California. Originally entitled Anhedonia (the inability to enjoy oneself), Annie Hall blended the slapstick and fantasy from such earlier Allen films as Sleeper (1973) and Bananas (1971) with the more autobiographical musings of his stand-up and written comedy, using an array of such movie techniques as talking heads, splitscreens, and subtitles. Within these gleeful formal experiments and sight gags, Allen and co-writer Marshall Brickman skewered 1970s solipsism, reversing the happy marriage of opposites found in classic screwball comedies. Hailed as Allen’s most mature and personal film, Annie Hall beat out Star Wars for Best Picture and also won Oscars for Allen as director and writer and for Keaton as Best Actress; audiences enthusiastically responded to Allen’s take on contemporary love and turned Keaton’s rumpled menswear into a fashion trend.

WHO ARE WE?
The MOVIECLIPS channel is the largest collection of licensed movie clips on the web. Here you will find unforgettable moments, scenes and lines from all your favorite films. Made by movie fans, for movie fans.