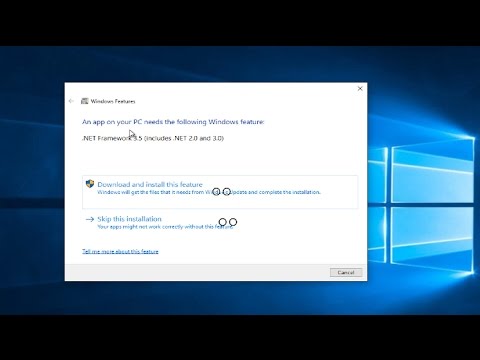 This tutorial will show you how to manually download and install .Net Framework 3.5 on Windows 10 without CD, DVD, ISO or Bootable USB device.

Deep integration of Language Integrated Query (LINQ) and data awareness. This new feature will let you write code written in LINQ-enabled languages to filter, enumerate, and create projections of several types of SQL data, collections, XML, and DataSets by using the same syntax.

IMPORTANT:
If you have installed earlier pre-release versions of .NET Framework 3.5, then you must uninstall them prior to running this installation by using Add or Remove Programs.

For more details on this release of the framework, see the following references: