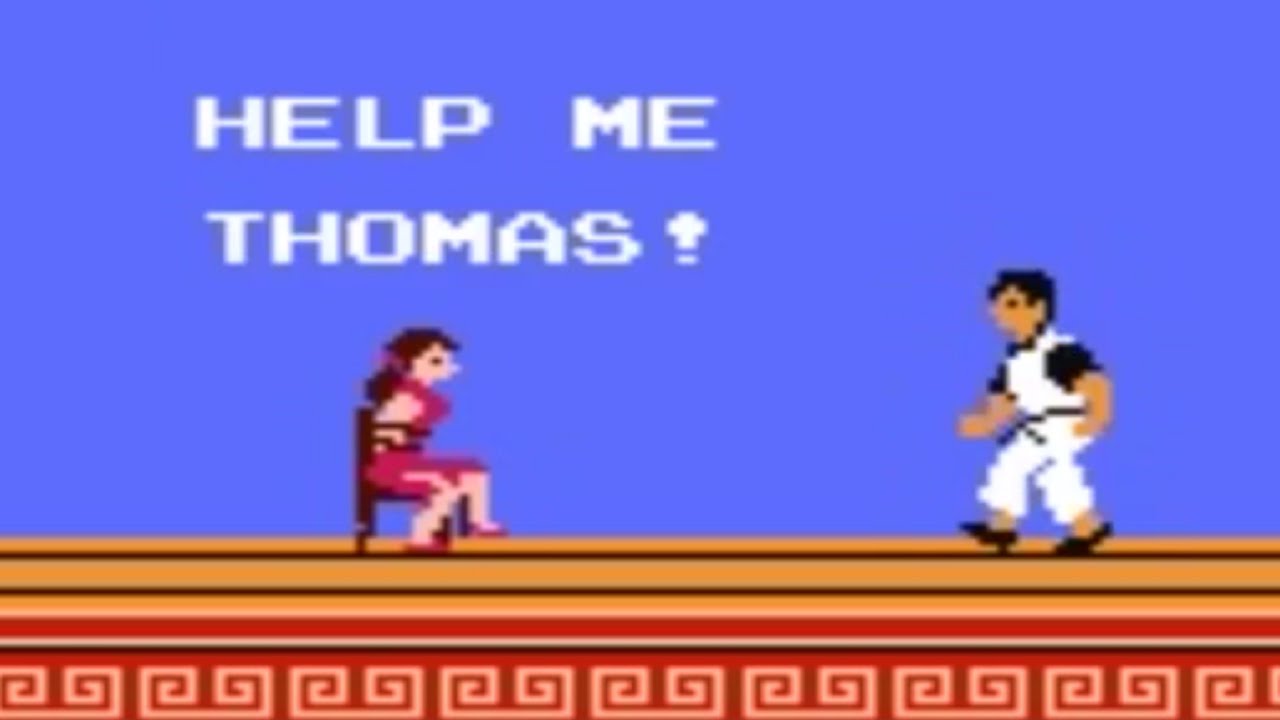 A playthrough of Nintendo’s 1985 game for the NES, Kung Fu.

For the full review, compete with screenshot gallery and soundtrack, check out my write-up at

Played through one loop each of the 1-player Type A and Type B game modes.

Kung Fu, Irem’s classic 1984 arcade title, arrived for the NES launch (alongside Irem’s 1983 coin-op 10 Yard Fight) courtesy of Nintendo, compete with black box plastered with pixel art. It’s an extremely simplistic, incredibly addictive beat ’em up based on the old Jackie Chan flick (Meals on Wheels) that, despite looking significantly worse in the downgrade to the NES, retains every ounce of its playability in the conversion.

It was followed up by a couple of games – Vigilante (1988 – arcade, SMS, TG16) was a direct sequel, and the Japanese Famicom received its own exclusive sequel (1991- Spartan X 2). There was also a Game Boy exclusive entry in Irem’s 1990 Kung Fu Master. There was a sequel developed before Vigilante, but it was shelved. A prototype of it has been found and dumped, but the dumps were never given to the MAME team for incorporation for whatever reason.

Kung Fu, Kung Fu Master, Spartan X – whatever you want to call it, is a great game, and though badly dated now, was a revolutionary step forward for its time.

__
No cheats were used during the recording of this video.

NintendoComplete ( punches you in the face with in-depth reviews, screenshot archives, and music from classic 8-bit NES games!

Visit for the latest updates!